Casa Hovde México was the Hovde Foundation’s first Hovde Home, which opened its doors in 2006. Programa Niños de la Calle (Street Children Program), a World Vision affiliate, managed the program from 2006 to 2012.  During this time, 111 children lived at Casa Hovde and only two had elected to return to street life – a remarkable success rate by any measure.  In 2011, 12 adolescents ‘graduated’ out of the home; some secured jobs and live independent lives with the knowledge and guidance they received at Casa Hovde. Others were able to return to their families who have shown their ability to receive them back into a supportive environment.

Ministerios de Amor (Ministries of Love), another Mexican NGO, managed the program at Casa Hovde México from 2012 to 2015. During this time, permanent housing was provided for 55 girls, ages 6-16. Ministerios de Amor was founded by Maria Cecilia Blanchet Pezet in 1987 to serve homeless children throughout its 9 locations in Mexico. 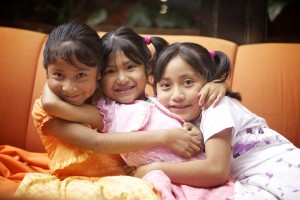 VIDEO: Paco Pena and the kids of Casa Hovde Mexico share their stories of how the Hovde Home has helped their lives.